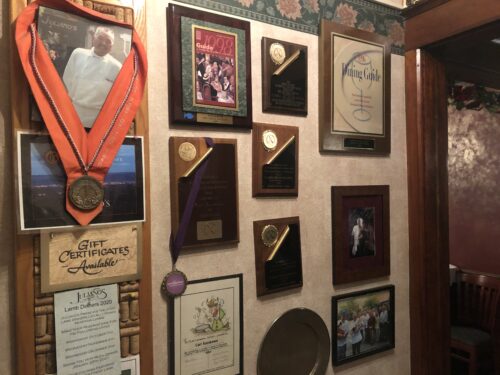 Juliano’s has long been a staple for Billings’ restaurant community, winning numerous awards in the three decades we’ve been serving our patrons. Chef Carl has won Chef of the Year by the Chef and Cooks of Montana five times (1987, 1988, 1989, 2002, and 2010) and the Presidential Achievement Award in 2015.

Billings has named Juliano’s the best romantic dinner in the Gazette’s Reader’s Choice awards, as a Distinctly Montana restaurant, and much more.

Join Us for Lunch or Dinner Today