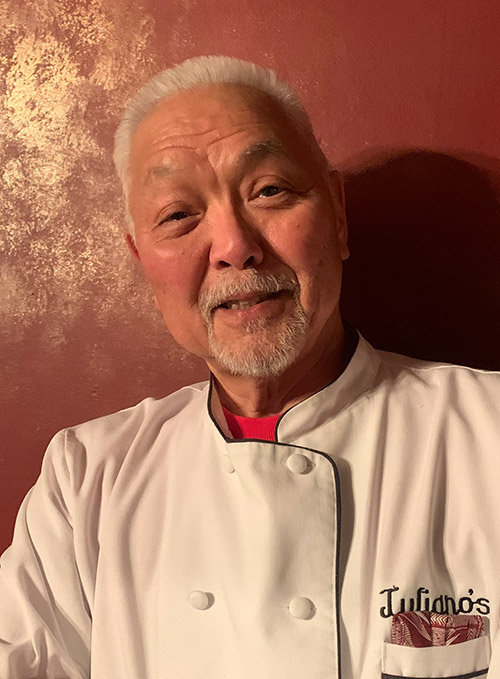 Hawaiian-born, European-trained Chef Carl Kurokawa is all about hard work and good food.

Chef Carl bought and opened the restaurant in 1995 with Dave McCurdy and Tim Keating with a wealth of training and experience, preparing him to run an establishment of his own. Carl, who began his career working for hotels in Hawaii, moved to Billings in 1980 to open the Sheraton as the executive sous-chef. He then moved on to become the executive chef at the Riverside Country Club in Bozeman. He returned to Billings in 1987 as executive chef of the Northern Hotel before serving six years at DeVerniero’s Ristorante.

Running a restaurant may have been daunting for another man, but it was fulfilling Carl’s lifelong dream. His hands aren’t only on the menu and the wine list but also the restaurant’s ambiance as a whole. Most can agree that Carl keeps the place running smoothly—front and back—to get those waiting to be seated in and fed without ever feeling rushed.

While Carl’s work-week would put any lawyer or doctor to shame, he spends quite a bit of his time off cooking. As an active participant in Chefs and Cooks of Montana, Carl donates time and skill to various events and causes. Food competitions often invite him to judge, and at Thanksgiving, Carl takes a hands-on approach in the kitchen, preparing turkeys for the Rescue Mission’s holiday dinner.

To help maintain the fast pace of life while also enjoying time with his family, Chef Carl closes Juliano’s down for three weeks in December to head home to Hawaii and enjoy the Christmas holidays with those he loves. 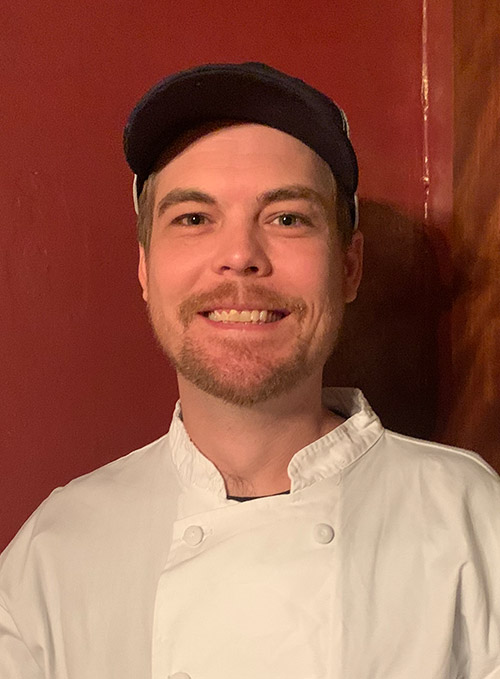 Born the son of a chef, Seth was interested early in the culinary arts. Though there was plenty to learn at home, Seth’s father advised him early on: “If you want to learn something, go work for Carl.”

And so a new chapter for Seth began. Beginning under Carl’s wing was just what Seth had hoped for, using his quick wit and quick study to learn the game of cooking as fast as he could. After decades working alongside each other, Carl and Seth have a rhythm down pat.

Those who know Seth describe him as hard-working, loyal to the core, and kind, with a great hand and a love of food that makes each day a joyful experience. Seth’s work ethic, attitude, and determination brought him up as the chef he is today, but hey, marrying the boss’s daughter never hurts!

Whether spring, summer, or fall, Juliano’s patio is the place to be—for summer nights, autumn lunches, or spring events, we have the perfect place for you. Embrace the ambiance of relaxation with a glass of wine, a beautiful garden view, and the best alternating menu in town on the patio at Juliano’s.

Join Us for Lunch or Dinner Today